R' Chaim Berkowitz, a passionate Chossid who lived in North Miami Beach, Florida, and later made Aliya to the holy city of Tzfas, passed away on Shavuos. He loved learning and assisting people. Full Story R' Chaim Berkowitz, a passionate Chossid who lived in North Miami Beach, Florida, and later made Aliya to the holy city of Tzfas, passed away on Shavuos. He loved learning and assisting people. Full Story

R’ Chaim Berkowitz, a passionate Lubavitcher Chossid known for his open heart to others, passed away on the first day of Shavuos, 6 Sivan 5782.

Berkowitz has been a longtime member of the Chabad community in North Miami Beach, Florida. Several years ago, he made aliya and settled in the holy city of Tzfas.

He regularly davened at Beis Medrash Tefillah Moshe of Lelov, the Tzemach Tzedek Shul – Chabad House of Tsfat, and the Artist Quarter Minyan for the English-speaking community in Tzfas.

Friends described him as one who gave his heart and soul to help fellow Jews with his Friends Feeding Friends program which supported those in financial need with kosher food packages.

“He was a straight shooter and said it how it was. He had a very good sense of humor and he cared a lot about people. He would contact me regularly about how to go about helping local families in the community that were hard-working and still needed assistance. He would raise funds from his friends back in Miami.”

While Berkowitz had been introduced to Torah in his later years, his commitment to Torah in all matters was breathtaking, friends said. Over the past year, he had two separate chavrusas in Kuntres UMaayon every day, in addition to attending a Gemera shiur for many years.

At the Tzemach Tzedek Shul, he was involved in the learning programs for English speakers and was there every day for several classes. He was a pillar of the community and his presence is sorely missed by all who were privileged to know him.

During his hospital stay, in which he was largely in a medically induced coma, the community rallied to his bedside, some with Tehillim and good wishes, others with music therapy and other expressions of encouragement.

He is survived by his wife Esther Berkowitz, and his daughter Sunni Walbek.

To learn Mishnayos in his memory: https://sharetoremember.com/chaim-berkowitz/mishnayos 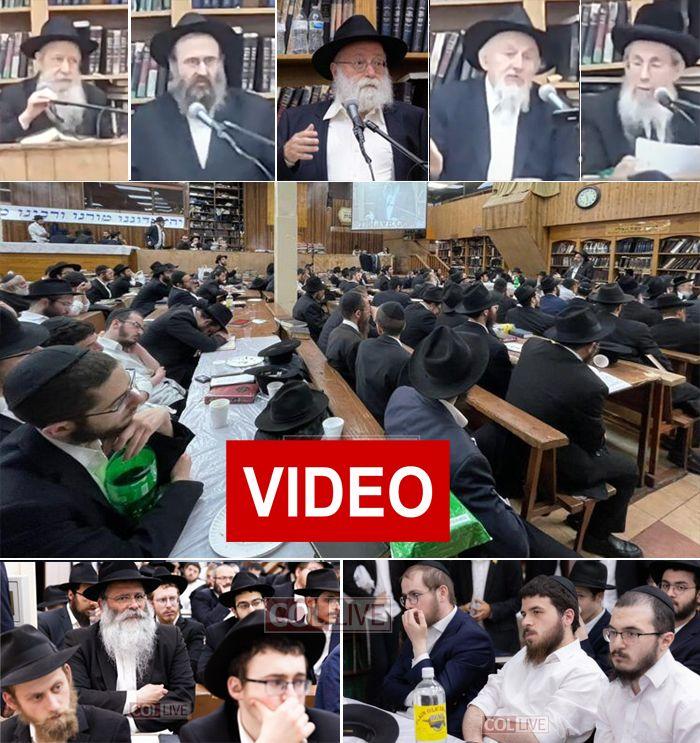 Chaim was a very special man always with a smile. He did so much quietly for the greater Miami community, from driving his pickup to the farms to picking up fresh produce and bread from the bakeries and discreetly leaving boxes by people’s doors.

I’m sure his neshama is having the highest of aliyot.

He made a difference wherever he lived. Such a special man! When he moved from Miami, it took at least 4 people to fill his shoes and keep up all the programs he singlehandedly spearheaded. And always with a smile. He is surely seated by Hashem’s throne.

A very special neshama !
He will be sorely missed!

Chaim was a true Chasid in extending himself beyond the call of duty. May his Neshama knock on Rebbe’s door and bring Mashiach now.

0
0
Reply
He was very special

Always doing chesed for others

0
0
Reply
He was tremendous

He was a living example of what an oved Hashem is in every way, meurav bein habrios, caring, very learned but no one knew, etc.
Share your stories (after taking on some Mishnaos) at https://sharetoremember.com/chaim-berkowitz.

Thank you COL for working extra hard on this op-ed and incorporating many thoughts from different things sent. You went above and beyond and it shows how much caring you put into your work.

Ein od milvado= there is Only HaShem! May his neshama have the highest Aliyah= R’Chaiym Berkowitz!!!! Respectfully, one of the guest/ visitor at your amazing Shabbat Table in 2018. TODAH HaShem for knowing of you and your dear wife Esther! Adina Hadasa