Yudi Dukes’ First WhatsApp After Waking From a Coma

Levi Meijers, the interim Director of JNet, tells of his shock at seeing "Yehudah is typing" on the organization WhatsApp group for the first time in months after Rabbi Yudi Dukes woke up from a months-long coma. Full Story Levi Meijers, the interim Director of JNet, tells of his shock at seeing "Yehudah is typing" on the organization WhatsApp group for the first time in months after Rabbi Yudi Dukes woke up from a months-long coma. Full Story

The last few months I’ve been working as the interim director of JNet, to fill Yudi Dukes’s very big shoes.

A little over two months ago, on 29 Sivan, Yudi was still sedated on a respirator, as he had been for a good few months already, or at least I thought so.

I was in the middle of some work on the JNet WhatsApp chat, when I suddenly saw on the screen “Yehudah is typing.”

I thought I was hallucinating and was quick to contact Mrs. Sarah Dukes to verify what was going on.

She responded in shock, and I sent her a screenshot for her to see herself. We didn’t understand how it could be possible but minutes later, she got back to me. “That’s him!!!” she wrote.

Three hours later, Yudi was still typing. When we finally did get a few messages from him, they were not legible. It was clear that he had just woken up and was extremely delirious. These few messages had been strenuous for him.

At around 8:00 that evening, another message came through from his number. It read “Thank you so much everyone for keeping things going.”

I knew it wasn’t possible for it to be from him directly because his messages had been so unclear until then, and he had only been on the ECMO machine one or two short weeks before.

When telling Mrs. Dukes, she explained that the nurse had seen Yudi struggling on his phone and eventually understood that he was trying to send a WhatsApp message.

He somehow managed to convey his wish to thank his JNet team, and she sent it out for him.

This wasn’t just a regular WhatsApp message for myself, or anyone else on the team. Knowing that this was the first coherent message he had sent out, after three months of sedation, to show us Hakoros Hatov, didn’t only add value to our work, but showed me the astonishing extent to which Yudi cares about his Shlichus and the understanding of what a real Shliach is.

JNet is Yudi’s Shlichus, and his Shlichus is clearly his life. You can make a difference in the continuation of his Shlichus by donating to this campaign for the Dukes family.
Click here to donate now: www.bringyudihome.com 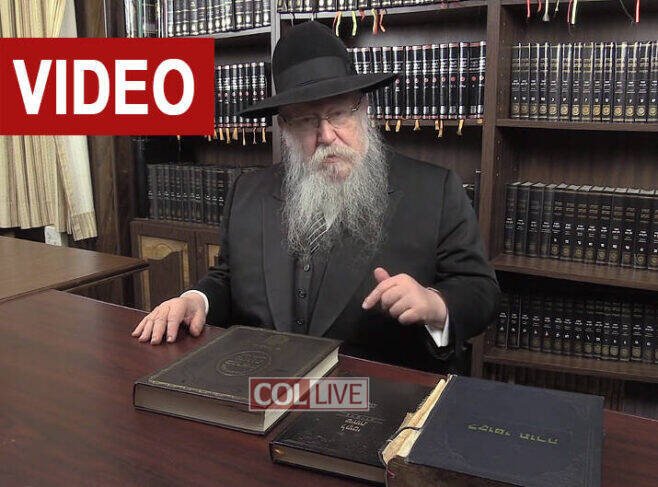 Acronym From the Rebbe For This Coming Year Initiative Decided Upon 2 Years Ago in Almaty Continues