Our Community is Asked to Support:

For most Crown Heights residents, early voting is in the Armory – Bedford Ave & Union St. There will mostly be a very short or no wait. Some districts vote in St Johns Recreation Center or E. Flatbush, they said.

“These elections are crucial for our community,” the Crown Heights PAC said in a statement. “One or two hundred votes may make the difference in the outcome of the election. It is essential that we come out and vote to ensure that our community’s voice is heard on issues like Safety, Yeshivah Education and Justice Reform.”

Crown Heights United has also issued endorsements ahead of the upcoming election.

“We are facing tremendous challenges regarding Yeshiva education in the months ahead and it is critically important that the community comes out and votes,” they said. “Crown Heights generated over twenty thousand signatures in support of Yeshiva education. We need to make our voices heard at the polls as well.”

Assemblymember Brian Cunningham, Edu and Sarana, have expressed strong support for yeshivas and stand 100 percent behind the community on these issues. This election could affect the future of our Chinuch.

These endorsements were made in consultation with local Askonim and Mosdos. Wedding Proclamation a First for Maryland 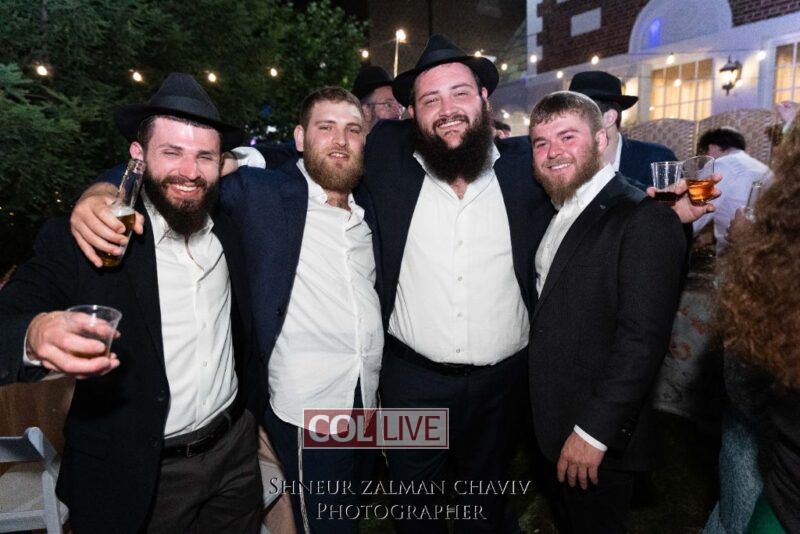 we need to vote giuliani

Please explain how that works. There is no Giuliani on the ballot. Are you suggesting a write-in campaign? Which office? Is he willing to take office?

The big question is whether there are ANY qualified candidates and if so, who are they?

For example, how is Kathy Hochul qualified to remain governor let alone get re-elected?

This is the primary election, where we choose the party’s candidate for the general election. In the general election we should indeed vote for Giuliani and for Republicans at the other levels, but if you’re registered Democrat, then this is your chance to pick the least worst of their candidates.

If they endorse only by primaries Or maybe also endorse for republican, to make the non political feel like they can vote republican. and do not endorse anyone, by the actual election. But the problem is they endorse by the actual elections, Especially this year, that is a very small posibility that candidate lee zeldin will be able to win if he is the nominee. Yes i will support andrew guilliani, lee zeldin. Lee zeldin,because he is the most likely republican to be able to win without comprimising on social issues,look on wikipedia on what he voted against. And he… Read more »

Let’s stop being bullied by these so called PACs
Vote Republican ans throw these Dems to the curb!

“Bullied by these PACs?”

The people attributed to this PAC are local CH residents.

They’re presumably running the show in the community; the “machers”… the “activists” … the “deal makers”… etc.

They should be held accountable regarding why they continue to endorse Democratic candidates.

Where is the follow-up with the endorsed candidates? They make promises and more promises–but are they held to those promises?

Last time I was in CH it was plain filthy–painful to see. Nobody I spoke with had glowing reviews for the politicians (who were endorsed by the big gang of important machers).

In the general election, absolutely. But this is a primary, and if you’re registered Democrat, you can choose only among their candidates.

Let the dems have control over you life and enjoy paying 7$ a gallon and let them start the next great depression and have your streets unsafe and schools be ran by government.
Time to do your own research on who to vote and not be a sheep to the “PAC” who ever they think they are.

6
-1
Reply
PLEASE DO YOUR OWN RESEARCH

Everyone must do their due diligence and make their own educated decisions. We can’t keep behaving like “sheeple”.

How’s that working out for us?

8
-1
Reply
However
Reply to  Faux leadership

Republican is just a label.

Just because somebody has an (R) next to their name doesn’t make them a good candidate.

There’s an expression “RINO” meaning Republican In Name Only …..

Vote for whoever holds the most liberal and progressive policies, it’s the only way to save America from the downward spiral of the right wing conservative fascists.

Do you even know what a fascist is, or is it just a term you picked up from Joy Behar and company, and which basically means “someone I don’t like”?

Because, you know, the actual meaning is belief in “everything in the State, nothing outside the State,” which sounds an awful lot like the Democrat platform.

My family is all registered Republicans

I’m so done blindly following these endorsements. Never seen ANY results from the politicians they endorse.