From the Gegent: If you have a common Chabad name like Mendel or Chaya, your credit report may have damaging errors. Credit Report Law Group may be able to help for free. Full Story 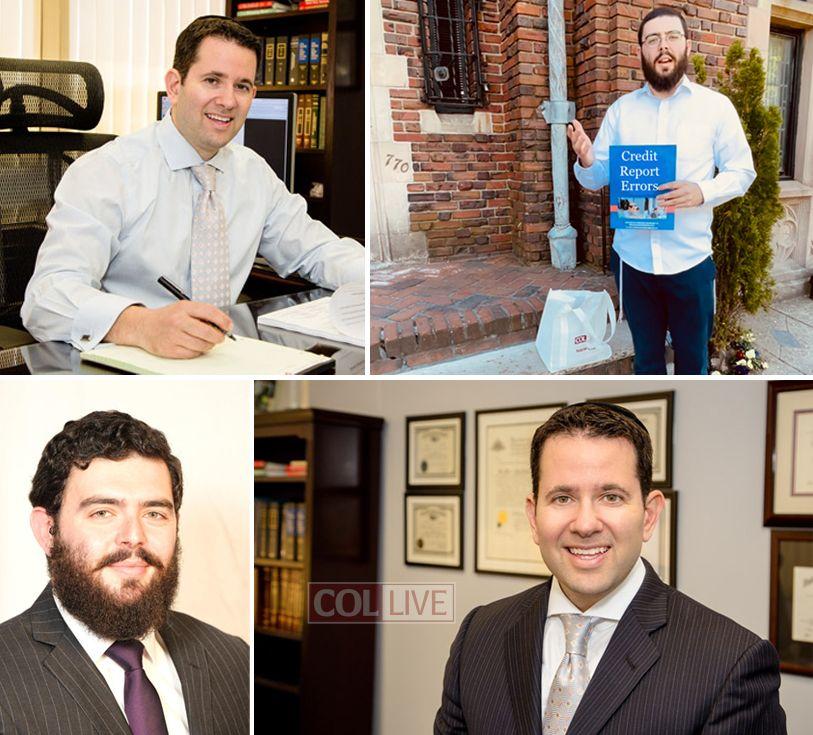 From the Gegent: If you have a common Chabad name like Mendel or Chaya, your credit report may have damaging errors. Credit Report Law Group may be able to help for free. Full Story

Adam Singer and Noah Kane of Credit Report Law Group are carving a brave new path in the legal industry. Adam began his career at two “Big Law” firms, representing major banks and large corporations. But after taking time off to learn in yeshiva, he decided he wanted to spend the rest of his career helping regular people. In 2012, he started Credit Report Law Group, which he built into a successful law firm entirely dedicated to helping people with inaccurate information on their credit reports.

Noah is the newest addition to Adam’s firm. After obtaining smicha from the Rabbinical College of America in Morristown, New Jersey, Noah chose the legal profession as his shlichus and graduated among the top 10% of his class from Cardozo Law School. In the past, Noah helped hundreds of Crown Heights community members register to vote and served as gabbai of the 613 Shul. “Now, my mission is to help people who have errors on their credit reports,” he says.

Adam and Noah are spreading the word about an issue with thousands of potential victims in the Chabad community. Anyone named after a Rebbe or Rebbetzin may be especially at risk.

“Credit reporting agencies sometimes mix up the information of two people who have the same or similar names as each other,” explains Adam. This is called a “mixed file,” and it can cause your credit score to tank. “When I thought about how many Menachem Mendels and Chaya Mushkas and other common names there are in Chabad, I realized how massive this problem might be,” he says.

Adam and Noah suspect that anyone named Menachem Mendel, Chaya Mushka, Levi Yitzchak, Yosef Yitzchak, Schneur Zalman, Shterna Sarah, Shalom DovBer, Devorah Leah, or any other common name, is at risk of a “mixed file” error. They believe anyone with one of those names should check their free credit reports and look for errors.

“Here’s an example,” explains Noah. “Imagine there are two people, both named Menachem Mendel, who both lived at, say, 580 Crown, or 613 East New York, at some point in their lives. Let’s say they’re cousins, so they have the same last name, too. A credit bureau could mix up their information, so that if one Mendel misses payments, the other Mendel’s credit score could plummet!”

Surprisingly, these mix-ups don’t only happen to residents of the same building, with identical names. Credit Report Law Group has handled cases where the mixed-up consumers have similar first names, but their last names are totally different, and they don’t even live in the same state as each other. “Apparently, credit reporting agencies are just too big and clumsy, or reckless, to keep track of every account without making some obvious mistakes,” Adam says.

To access your credit reports for free, you can visit annualcreditreport.com. Alternatively, you can purchase your credit reports and scores at myfico.com. Using online services offered directly by the credit bureaus (Equifax, Experian, and TransUnion) to obtain your credit reports may require you to agree to arbitration of any disputes, which is something most people prefer to avoid. If you need help accessing your free credit reports, you can email Adam and Noah at [email protected].

Adam and Noah also focus on fixing errors that result from identity theft, along with errors on employment background checks and tenant screenings. If you find any errors on your credit report, Adam and Noah offer a free consultation and may be able to help you file a dispute. And if the credit reporting agencies refuse to fix the error, Credit Report Law Group may be able to represent you in court to obtain a corrected report, and, in most cases, monetary compensation.

“Best of all, we represent the vast majority of our clients on contingency, meaning no out-of-pocket charge,” Adam says. “That’s possible because, under the Fair Credit Reporting Act, the credit reporting agencies, banks, and any other creditors at fault must pay for your lawyer if you bring a winning case. That means our singular goal is to get the best result for you, and you pay us nothing out of pocket.”

Disclaimer: This article may constitute attorney advertising. Prior results do not guarantee a similar outcome. This article is for informational purposes only and it is not intended and should not be construed as legal advice. No attorney-client relationship is formed with this firm until you sign a written engagement letter. Adam Singer is an attorney licensed to practice law in the State of New York and before the federal trial courts in New York (Southern, Eastern, Western, and Northern Districts) as well as the Second Circuit Court of Appeals. Noah passed the New York Bar Exam, and as of November 2022 he is a law clerk awaiting admission.