Read a fascinating talk of the Rebbe from the early years given to Yeshiva bochurim on Lag BaOmer with relevant lessons for today. Full Story Read a fascinating talk of the Rebbe from the early years given to Yeshiva bochurim on Lag BaOmer with relevant lessons for today. Full Story

Rabbi Shalom Ber Schapiro presents a fascinating talk of the Rebbe from the early years – given to Yeshivah students on the occasion of Lag B’Omer.

The original draft of the talk has many of the Rebbe’s notations and corrections and the final draft includes all of these. For the benefit of our readers, we also translated this talk to English.

There are many letters in connection with Lag B’Omer which have copious notations of the Rebbe, but Rabbi Schapiro, who is an educator, felt this one, in particular, contains very important and relevant lessons for our students and especially now before the summer months.

What was the main point which brought about a change in the life of Rabbi Akiva – a change from one extreme to the other?

Our Sages tell us that when Rabbi Akiva set his mind to learn Torah he did not initially know if he would succeed. In addition, he was faced with many challenges – being very poor and in dire need. Nevertheless, he witnessed something that helped him decide to devote his life to Torah. What he saw was drops of water dripping onto a stone and carving a hole in it. Said Rabbi Akiva: the stone is hard and the water is soft and the drips are small – but after a continuous and constant dripping – from day to day, week to week and month to month, the water has managed to break through the stone. How much more so – in spite of the many hardships, if he decides to learn Torah with all his heart and will consistently learn from day to day, from week to week, from month to month and year after year, there is no doubt he would reach his goal to be a Ben Torah.

And so he did and so he became the Rabbi Akiva and greatest Sage of his generation. And not only that – in spite of his dire poverty and because of his great focus on Torah – G-d blessed him with wealth as well.

This is a lesson for each student whose primary goal is the study of Torah and who at times sees a long and difficult road ahead, with doubts if he will succeed and thoughts of what is the purpose of all this, etc.

Here come the days of Sefira – connected to Rabbi Akiva – and they do away with all these doubts. They remind each student that if he decides sincerely and with determination to learn Torah, clearly he will succeed; and not only that, he will succeed in other areas as well. As the verse states in this week’s Parsha – אם בחוקותי תלכו – as Rashi explains it, “You will be diligent in the Torah” ונתתי גשמכם בעתם וגו’ – all the blessings enumerated in the Parsha will come and be fulfilled.
And from the students of Rabbi Akiva we can learn:

What caused this difference between the two types of students of Rabbi Akiva?
The students of Rabbi Akiva from after Lag B’Omer put their heart and focus on Torah study with Ahavas Yisroel – conducting themselves with peace and friendship and accorded respect one to the other. Whereas their friends of the first group did not at all focus on this. That is why they did not succeed and did not merit Toras Chayim and Sam Chayim (Torah of Life).

It is requested and expected of Yeshivah students in general and especially of those students whose studies are based on Yiras Shomayim and the refinement of the character traits in the spirit of Chassidus and we are telling them that all depends on them: if you will be diligent in Torah learning – permeated with the spirit of Ahavas Yisroel – and you will show respect one to the other, live in brotherly love and friendship, harmony and fellowship – then you will succeed and progress to higher levels and your name will bring honor and beauty to your Yeshivah and your people.

HaShem should bless you with success, that you should have the desire to study Torah as it should be studied, as was the wish of the founder of the Yeshivah כ’ק מו’ח אדמו’ר זצוקללה’ה נבג’מ זי’ע – who blessed each and every one of his students and the ones who follow in his footsteps and who infused them with strength to do so, do succeed in their Torah studies in this manner and in all matters in life in general. And your parents and teachers will be able to say: Look at the children whom we have raised. This is the fruit of a pure chinuch and a pure learning. Learn diligently and you will thereby succeed with unusual success.
And this day of Lag B’Omer – which separates between the days before and those after – teaches a new order in the study of Torah and draws down powers to do so – a learning with diligence and strong desire coupled with Ahavas Yisroel , which is the preparation and vessel for Love of HaShem and Love of the Torah. And then HaShem will shower each and every one of you with His full and wide hand with abundant blessing and success – for you, your parents and your environment.

May HaShem give much hatzlocho. 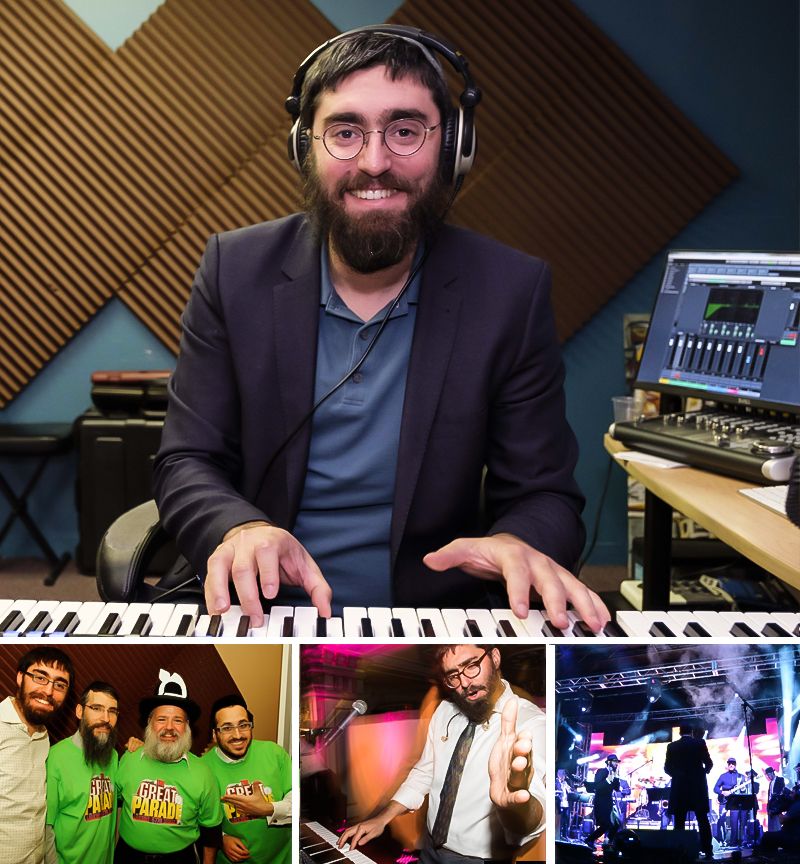 Chony Sees Music As His Shlichus Looking forward to more posts with the Rebbes directives