R' Shimon Benabou, owner of the Kosher Town Supermarket and other food retail businesses in Crown Heights who was a generous Baal Tzedaka, passed away on Shabbos, Rosh Chodesh Elul, 5782. Full Story R' Shimon Benabou, owner of the Kosher Town Supermarket and other food retail businesses in Crown Heights who was a generous Baal Tzedaka, passed away on Shabbos, Rosh Chodesh Elul, 5782. Full Story

R’ Shimon Benabou, owner of the Kosher Town Supermarket and other food retail businesses in Crown Heights who was a generous Baal Tzedaka, passed away on Shabbos, Rosh Chodesh Elul, 5782.

Shimmy was born in Israel, and came with his family on a visit to Crown Heights, when his family decided to move here permanently. He learned at the United Lubavitch Yeshiva on Ocean Parkway, where his classmates embraced him despite his language barrier.

After his marriage to Shoshe Wudowsky, together they entered the retail grocery business. First at the corner of Montgomery and Kingston, and then they opened the Kosher Town supermarket on Albany and Empire. There he grew his store from groceries to a coffee shop, later a café and a Shabbos and Yom Tov takeout. In the past few months he opened a satellite store on Kingston and President, calling it KT2.

He was known to always greet his customers, and treat his employees with respect. The food was fresh, and unique, bringing customers back again and again. Together with a local philanthropist, he supported many families with food. When he saw that someone was being hesitant in how much food they were taking for their Shabbos meals, he would kindly say, “fill it up to the top and just pay this amount.”

During the early days of Covid, to say kaddish for his mother Alice, he opened a shul on his back porch, which later moved to his garage. He created not just a small shul, but a community with a large heart. He made sure that there was always fresh brewed coffee and pastries in the morning. On Shabbos there is a large kiddush, and regular farbrengens and several shiurim were established. He refurbished an old aron kodesh, and built a wall to insulate the shul.

He would greet each person who came with his classic shy smile, and encouraged them to come again. He later called the shul Heichel Harashbi.

Over the past year he struggled with a difficult illness. Despite this, he tried to attend davening at the shul as much as possible. When he could not go down the stairs, he hosted farbrengens in his home.

While he invested much into fostering the shul, he took little credit, telling everyone it was those who joined the minyan.

He is survived by his wife, Shoshe and children Rosie Goodman, Ruthie, Elisheva, Oshrity and Avigail.

He is also survived by his father, Asher Benabou and siblings Iris Sherman, Itzik Benabou, Smadar Vaitzman and Ayala Maman of Yavne, Israel.

He was predeceased by his mother Alice Benabou and sister Dorit Giro. 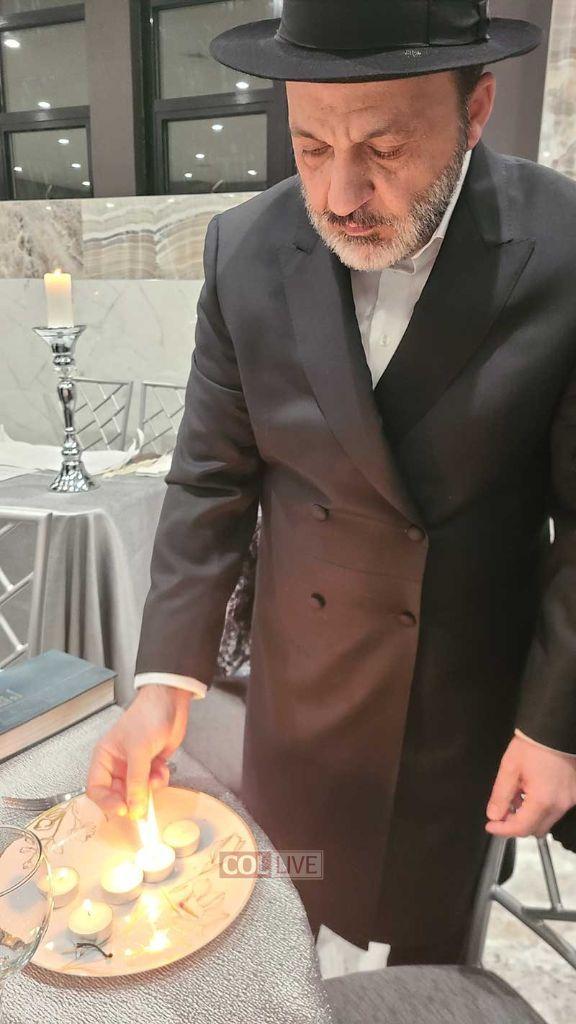 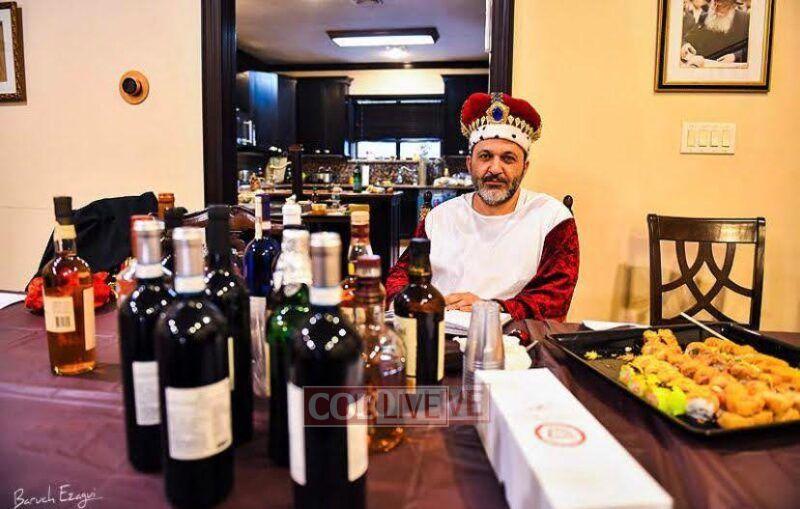 A Double Bracha For the Rebbe’s Doctor 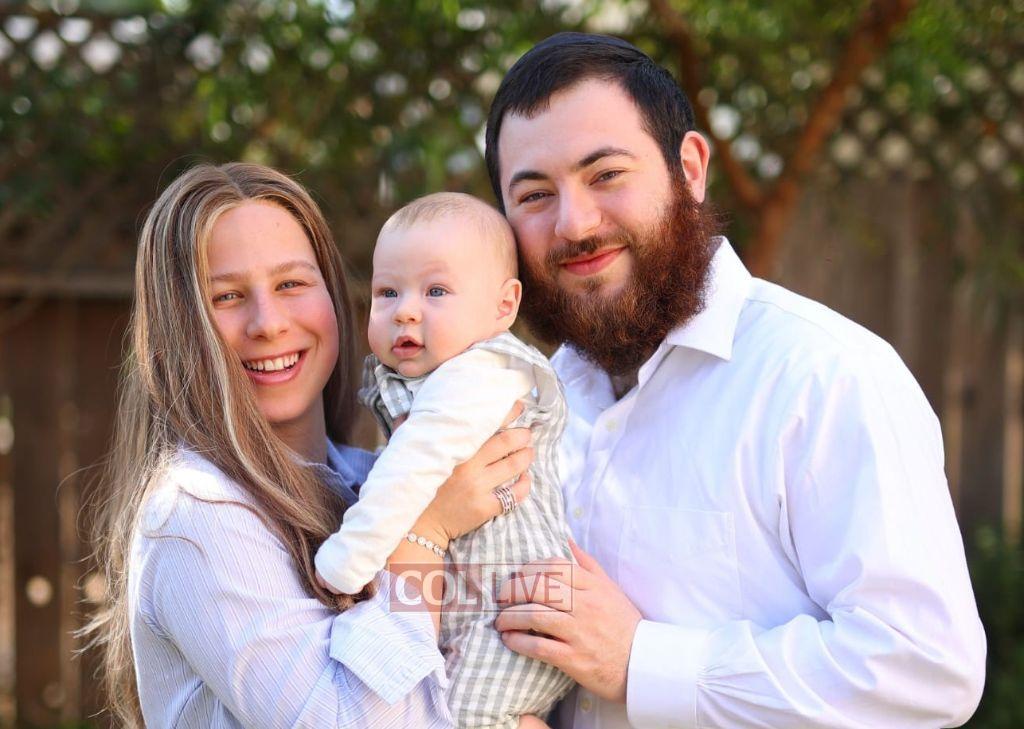 So Sad, Such a great Tzadik.
As mosai.

So Sad. Such a great Tzadik.
We NEED Moshiach Now.

9
-2
Reply
Someone that admired his warmth

A true emisdikeh Mentch. He will be missed by so many people. Shimmy always had a smile and was always so kind.

Baruch Dayan Ha’emet
Such sad news! My heart breaks for the family!
Besorot Tovot from here on in!!!

Sending love to his family

I remember him as a bochur
Always with humility

What a trait to have
We can all learn from him

Tears. We need Moshiach!!
Such a special person.

He was everyone’s best friend always giving.
When I was having a really bad day I would
Go into the store just to see his smile.
What a loss to the Crown Hights community
And Chabad.

He was a wonderful man. My heart breaks for his family.

Such a special person

He was so friendly. Always smiling.

MOSHIACH Now!!! So So Sad

Bdh
What a sad news!
All of his special merits will go before him to shamaim and bless his family allways! And will see him again very very soon with moshiach, now!!

From your mouth to God’s ears!

A kind and generous man. When our refrigerator broke, immediately he loaned us a Coke fridge from the basement of his store. He said there was no rush to return it — keep it as long as you like. His employees brought it over and then picked it up when we no longer needed it.

He will be missed by so many.

May his family be comforted and it’s so tragic to loose a community icon.

2
0
Reply
A friend from now

I didn’t know Shimmy personally but from what I heard about him in general and from reading this article, I see that he was a real leader with a huge heart. Something that I, and I’m sure many will learn from.

He always had a smile and greeted everyone in the store. He was such a mentch. Sending strength to his wife and family.

How can Hashem do this.
My heart is broken

This is very sad. His presence will not be physical anymore. He is with great tzadikim now and we will see him again very soon with the bias goiel tzedek with our rebbe leading the way! We will never understand why people need to suffer. Shimmy’s middos toivois will live forever.

My heart is broken! Full of tears! Bde! He was such a sweet man! Always greeted me so nicely when I entered kosher town 🙁

We are heartbroken. He had a special place in my Yuda’s heart, always made him feel so wanted and loved. Always a good word to say… and always realistic with great emunah. I hope his family find comfort in each other and in the friends who feel the void. Please feel our embrace… and may Hashem comfort you as only He can…
We continue to pray for Moshiach, now.

He suffered so much and loved his family dearly. Hashem have mercy on all the orphans and widows in the world. Bring their loved ones back with the Geula Shleima immediately!

3
0
Reply
Another loss for Crownheights

His honesty and work ethics made him
Climb the ladder of success in crown heights He always had a love and fear of hashem that sefardim naturally have. He was always positive to people. Never held himself bigger than anyone Loved the rebbe respected everyone. Very smart

He will be missed.

Shimmy, push for Galus to end and techias hamatim to happen so you can dance in Crownheights again

Bde. Just terrible news. May the family be comforted by all of klal yisroel.

A true gem of a person. May HKBH give strength and comfort to his incredibly dedicated wife and their princesses, and the entire mishpacha.

1
0
Reply
It will never be the same without you💔

I don’t think I ever had a conversation of words with him, but we many times crossed paths, sometimes exchanged greetings and pleasantries, and most of the times just held eye contact for a brief moment and smiled, nodded or waved, during which I felt a deep rich connection with the lovely human spirit which he seemed to exude. It wasn’t all sugar. It was the real life spirit which has darkness and light, sadness and joy, wisdom and humor and kindness and anger, but all permeated with love. That’s what’d I’d feel when with locked eyes, framed with hints… Read more »

May Hashem comfort his family!!!

5
0
Reply
Such a terrible loss

A tremendous loss for his family and klal yisrael. We lived above koshertown when it first opened, and Shimmy was the kindest, warmest person I would encounter each day. He always looked happy to see us, and was unfailingly kind and smiling. You saw him and just knew that he was the real deal, a modest and quiet person, who shone with true goodness. My heart is broken for his family for this unfathomable loss, and for all of klal yisrael – that we lost such a good one. May Hashem comfort his wife and children with the knowledge of… Read more »

A beautiful Neshoma
A mentsch in every sense of the word. Kind in a quiet way but you know he felt you & cared for others deeply.
A devastating loss!

He was the kindest most pleasant person I know! Always a smile, a good word and made ppl feel so good! What a serious loss! Hashem, enough! We need Moshiach !