‘Rebbe’s Becher’ Up for Auction

A silver kiddush cup claimed to have been used by the Rebbe will be put up for public auction next week in Jerusalem. Full Story A silver kiddush cup claimed to have been used by the Rebbe will be put up for public auction next week in Jerusalem. Full Story

The legendary becher used by the Rebbe for bentching and havdalah on Motzaei Yom Tov, as well as to pour wine from the “kos shel berachah” to chassidim, followers and admirers, is to be put up for public auction at the Kedem Auction House in Jerusalem.

The expected bid is hundreds of thousands of dollars.

Every Motzaei Yom Tov, including Rosh Hashanah, Simchas Torah, Acharon shel Pesach, and Shavuos, the Rebbe would recite Havdalah over the same becher that he had held when reciting Birkas Hamazon of the Yom Tov seudah. After drinking the majority of the wine, the Rebbe would stand for hours to pour shirayim from the mitzvah into the outstretched cups of chassidim who passed before him.

With a radiant smile and glowing features, the Rebbe would bless every Jew who passed before him, young and old, with the heartfelt blessing of “L’chaim u’l’vrachah.” Even in his later years when he neared the age of 90, he would stand on his feet for hours on end, sometimes until close to dawn.

His holy visage shining with joy and purity, he would occasionally stop and interrupt the ritual, using two hands to gesture animatedly and stimulate the crowd of chassidim to join in joyous song. Many miraculous stories have been told of individuals who experienced great yeshuos after receiving the Rebbe’s blessing at these sacred events.

Maron Eran, owner of Kedem Auction House, declares that “This is a magnificent historic item with profound sentimental value. This becher is symbolic of the great zechus acquired by those who were fortunate to bask in the presence of the Lubavitcher Rebbe, and to the limitless bounty that he bestowed upon each and every member of Am Yisrael.” 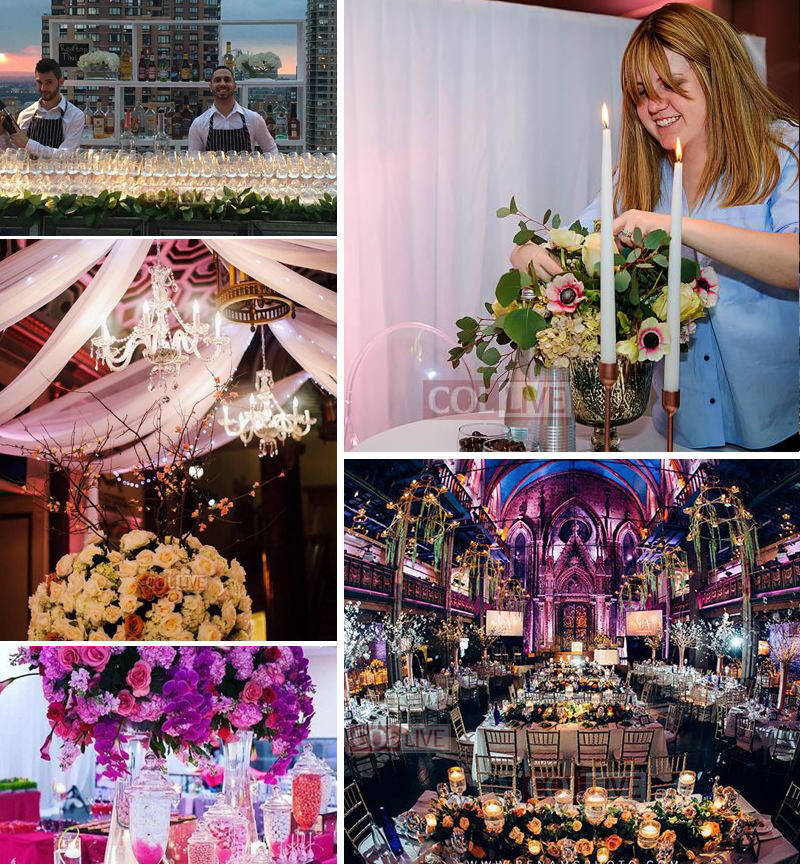 Avoid Being Played As Pawns

A zchus for sure! But this was NOT the Rebbes becher…not even close

Suppose this item is real. Why would anyone buy it? Remember what the Rebbe said about the seforim. Anyone who keeps this in his home is keeping a live bomb at home.

How do we know this is the becher that is up for sale?
This may be a different cup???
Also people shouldn’t be surprised ; they stole everything else.

Somehow this reminds me of a sicha said by the Rebbe during the the time of the courtcases of Hey Teves. The Rebbe mentioned that the belongings of the Frierdiker Rebbe do not belong in people’s houses and stressed that it’s like a bomb, very unsafe, for people to own them.
My question is if it applies here.
Do we have a right to owning the Rebbe’s belongings?

I have a friend in Israel who recently received a “Rebbe Dollar” from someone who was in 770. I took a look and it was a series 2007 dollar. Interesting trick. I’m guessing (just a guess) this becher was used as “kos shel brocha” the same way the dollar was “given by the Rebbe.” Extremely distasteful if not.

If the Rebbe showed that a safer or chefetz belonging to the Freideker Rebbe was not up for sale etc…how can we sell an inyan that belonged to the Rebbe…its all Kodesh Kodoshim…and its Meilah Bahekdesh…!!!

If the Rebbe used it, it doesnt seem appropriate to auction it of for money. Its a disgrace. Its completely disrespectful, the same way you wouldn’t sell the Rebbe’s microphone, how much more so the rebbe’s becher. Its something way too special to be auctioned offto someone random, it should be kept where all the Rebbe’s things are kept. Maybe let people see it from time to time, but auctioning it off is completely disrespectful.

First of all, why the all-caps?
Second of all, what is “ghezer”? Is that “gezhe”?
Third of all, what in the world does gezhe or not gezhe have to do with this auction? We don’t even know how this item made it to auction. How are you presuming to know the family history of the one who brought it there?

BH,
From the picture one can see the the flower design has been pressed in a way that the inner part is indented, which I have heard is not a הידור when the inner surface is not totally smooth. Did anyone else year and this too? So how can this be a becher of The Rebbe, which has such a defect?

People can be so, so naïve. If the auction house can’t produce a certificate of authenticity signed by a reputable individual, who would actually know if the Rebbe used this becher, then anyone who bids for it should have his/her head examined.
People have bought replicas of the Rebbe’s becher for under $50

WHICH MEMBER OF AGUCH OR MAZKIRUS MISAPPROPRIATED THIS BECHER, TO SELL IT FOR THEIR ILL GOTTEN GAINS
DISGRACE!
ANYTHING THE REBBE TOUCHED OR USED SHOULD REMAIN IN THE MUSEUM FOR THE CHASSIDIM TO ENJOY, NOT FOR GHEZER AGGRANDIZEMENT

This auction is looking like its gonna be great.

Highly inappropriate and disrespectful to the Rebbe.

Any one can replicate BOTH RYK signature as well Becher, and the Candelabras etc.

Doesn’t look like the Rebbes becher. But let’s just say it was, what is it doing up for auction? Should be in aguch library not in some rich (poilisher or tinuk shenishbas) private property. Highly inappropriate!

There is not a levi Galperin

0
0
Reply
Not the rebbes becher

At most the rebbe touched once for a lechaim
Like the tehilim they used to place on rebbes Bima,
The rebbes used it but wasn’t the “rebbes” tehilim

P.S. TO MY EARLIER COMMENT, THE BECHER PICTURED IS AN ISRAELI SILVERPLATED BECHER OF WHICH THESE WERE NOT MANUFACTURED UNTIL THE MID 1970’S OR EVEN LATER. THE STERLING SILVER BECHERS THAT R’ BEREL JUNIK BOUGHT COST AT THAT TIME 5.00 SO IT DIDNT EVEN PAY TO MAKE SILVERPLATE AT THAT TIME. SINCE THE REBBE USED THE STERLING BECHERS FROM THE MID 60″S AND ON , AND THE SILVERPLATED WERE NOT EVEN IN EXISTENCE AT THAT TIME OR EARLIER, IT IS HARD TO UNDERSTAND AS WHY SOMEONE WOULD “AUTHENTICATE” THIS BECHER AS BEING USED FOR KOS SHEL BROCHO. S.D.

“IF” THE REBBE USED THIS BECHER IT WOULD HAVE HAD TO BE IN THE YUDS OR EARLY CHOF’S. FROM THE MID CHOFS AND ON IT IS DEFINITIVE FACT THAT THE REBBE USED A STERLING BECHER MANUFACTURED BY EASTERN SILVER CO. DURING THE YEAR THE REBBE USED EASTERN’S # 5 BECHER AND FOR PESACH THE REBBE USED EASTERN’S # 4 BECHER, WHICH WAS SLIGHTLY SMALLER. R’ BEREL JUNIK A’H WOULD PURCHASE A NEW ONE EVERY FEW YEARS, USUALLY WHEN THE GILTING ON THE INSIDE OF THE BECHER WORE AWAY. THE PREFERENCE WAS ONE WITHOUT THE MOGEN DOVID DESIGN, BUT THERE WERE… Read more »

It is highly inappropriate for the auction house onto claim that the Rebbe used it for kos shel brocho. It seems to be their main selling point. But it is just not so.

If it is from Mrs. Galperin, then it’s clearly from the Rebbe’s house. Maybe it was used by guests. Is there a Levi Galperin??

Where can I find the original of this picture and make a copy?

A great opportunity for someone to be able to have something the Rebbe used in his property. What a zchus.

It says Levi on it

Why is the name Levi engraved in the Becher?

0
0
Reply
not the rebbes becher

Reb Berel Y.. Baught the bechers for the Rebbe. The one pictured is NOT the one used By the Rebbe at farbraingen…..
There were a few of them.
However They were exactly the same design.

The word CLAIMED in emphasis.

BS”D Sounds fishy,how would it get to private ownership, wonder what a glass the Rebbe drank tea from is worth or a towel used by the Rebbe from the Union Street Mikvah

I’m very uncomfortable with this and I wonder if others feel the same. Is it just me?

I would be very suspicious

Rabbi Krinsky cannot authenticate this for sure

It is silver plated

It was given to Mrs Galperin

The name levy is inscribed in it

disgrace!!!! The Rebbe’s proprty is not for sale.