Rabbi Mikhael Cohen, Director of CCF New York who was an institution on his own for French-speaking Jews living and visiting New York, passed away on Friday. Watch the Levaya live at 12 pm. Full Story Rabbi Mikhael Cohen, Director of CCF New York who was an institution on his own for French-speaking Jews living and visiting New York, passed away on Friday. Watch the Levaya live at 12 pm. Full Story

Rabbi Mikhael Cohen, a Shliach who dedicated his life to bringing French-speaking Jews of all ages closer to Yiddishkeit, passed away on Friday, 9 Nissan 5780.

Born in Paris and a student at the Yeshiva Tomchei Tmimim in Brunoy, France, he was bursting with energy, Chassidic love and determination to help other people.

Living in Crown Heights, Rabbi Cohen founded and directed CCF New York, a Chabad center for French speakers which organized an array of activities and classes for locals and visitors alike.

Regularly organizing visits to 770 Eastern Parkway and the Rebbe‘s Ohel, he implored young men and women to deepen their connection with Yiddishkeit and readily offered blessings to supporters during dinners and Torah dedications.

“He was a special Yid with a good heart,” said the singer Yoni Schlomo. “There isn’t a French person who was by the Rebbe in the past 30 years that wasn’t hosted by him.”

Schlomo compared Cohen’s home to that of Avraham Avinu. “There were tables and tables… Everyone who traveled there knew that on Shabbos, we eat by Mikhael Cohen. He was like the Rubashkin of the French.”

A fund has been set up to help the family during this difficult time. Please click here to help. 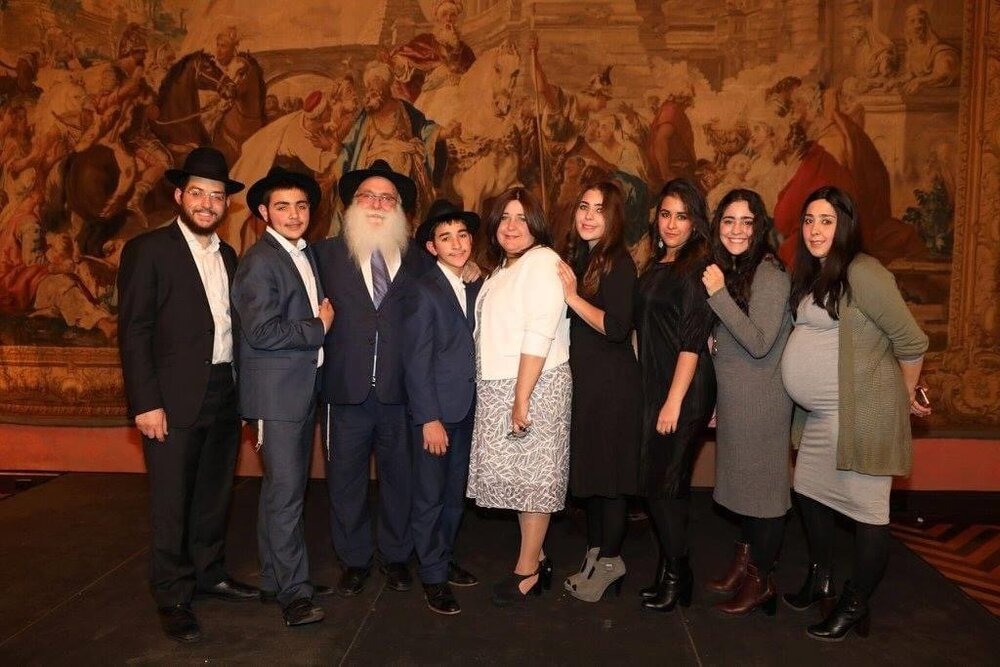 Too too young.
Hashem please have mercy on our people.
Please take us out of golus now.

May his neshama have an aliya

BDE. this is too much. Please Aibeshter, guide us to the right actions and the good health and an end to this. Rabbi Cohen’s cheerful personality was always a lift to my day.

Hashem please stop ! Please ! He still has young children at home. Any time a French guest stayed at my home and wanted a place to eat we always called reb Michoel . Who will continue his unique shlichus. Beloved residents of the shechuna , let’s storm the heavens , promise we won’t fight over petty things in shul, be a nicer neighbor .. rebbe we are ready to do what we need !

Hashem how much longer can this go on for??
Rivka I’m crying for you! Stay strong
-a classmate

Is there a fund to help this special family ?

Dearest rivka!!!!!
You brighten up everyone’s day with your smile!
May god send you the strength to get through this hard time period and may you and your dad be reunited with the coming of mashiach!!!!

0
0
Reply
What a amazing shliach

1
0
Reply
Such a special person!

The family is still young! If you’d like to donate to ease some hardship for the family during this time, link :
https://www.gofundme.com/f/sa8gr-cohen-family-fund?utm_source=whatsapp-visit&utm_medium=chat&utm_campaign=p_cp+share-sheet

BDE, When will this golus end? Hopefully we will reunite very soon with the coming of Moshiach!

BDE.. he was always helping others…
Ad moshi

Hard to process such a great loss of such a wonderful father, shliach, husband and friend
May Hashem console the beautiful family he has and may they know of no more sorrow. hashem please enough!!

baruch dayan haemet. I can’t stop crying since i heard the news. he was an amazing person, warm and smiling to everyone he met, always asking you do you have where to eat for shabbos. that is how i remember him because as a single person i was that person who he always asked me if i had where to go for shabbos. him and his wife opened their door to french speaking guests who were with no family and needed one. you were mine when i needed one. thank you and may you go directly to the Gan Eden… Read more »