How can we say no to a mother’s tears?

I’m crying to you. I’m begging you. I’m pleading with you to join our battle to save Chaim’s life. Please don’t turn us away. Full Story I’m crying to you. I’m begging you. I’m pleading with you to join our battle to save Chaim’s life. Please don’t turn us away. Full Story 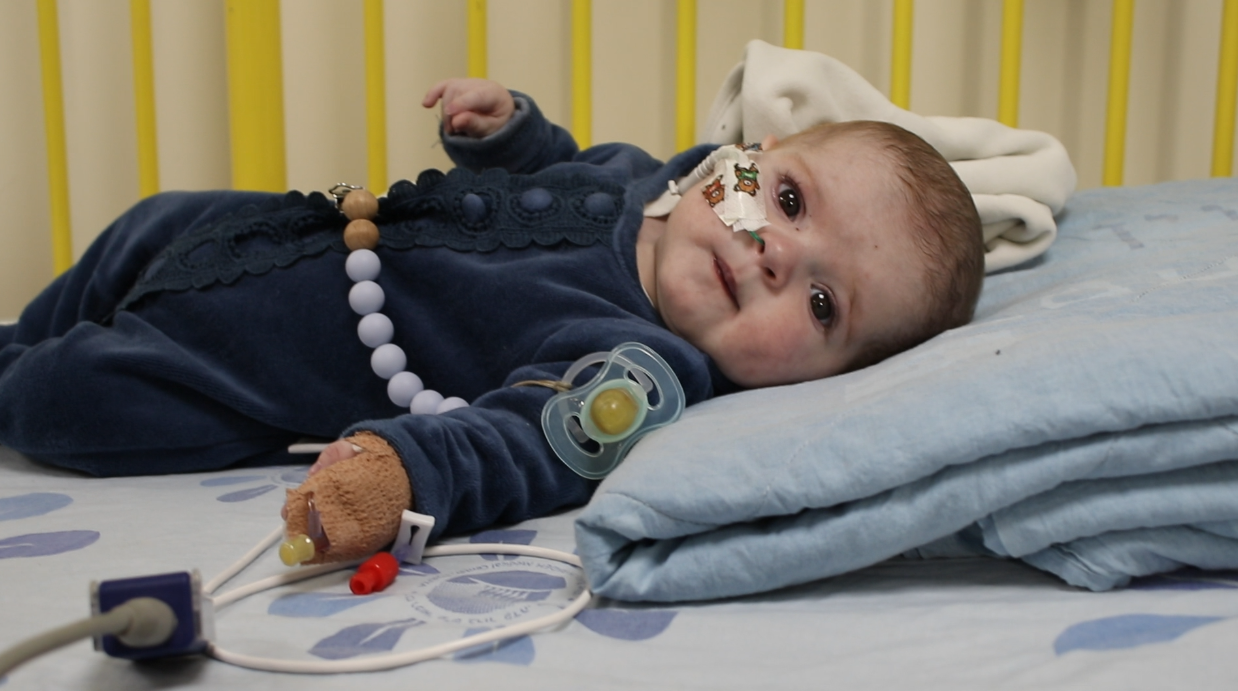 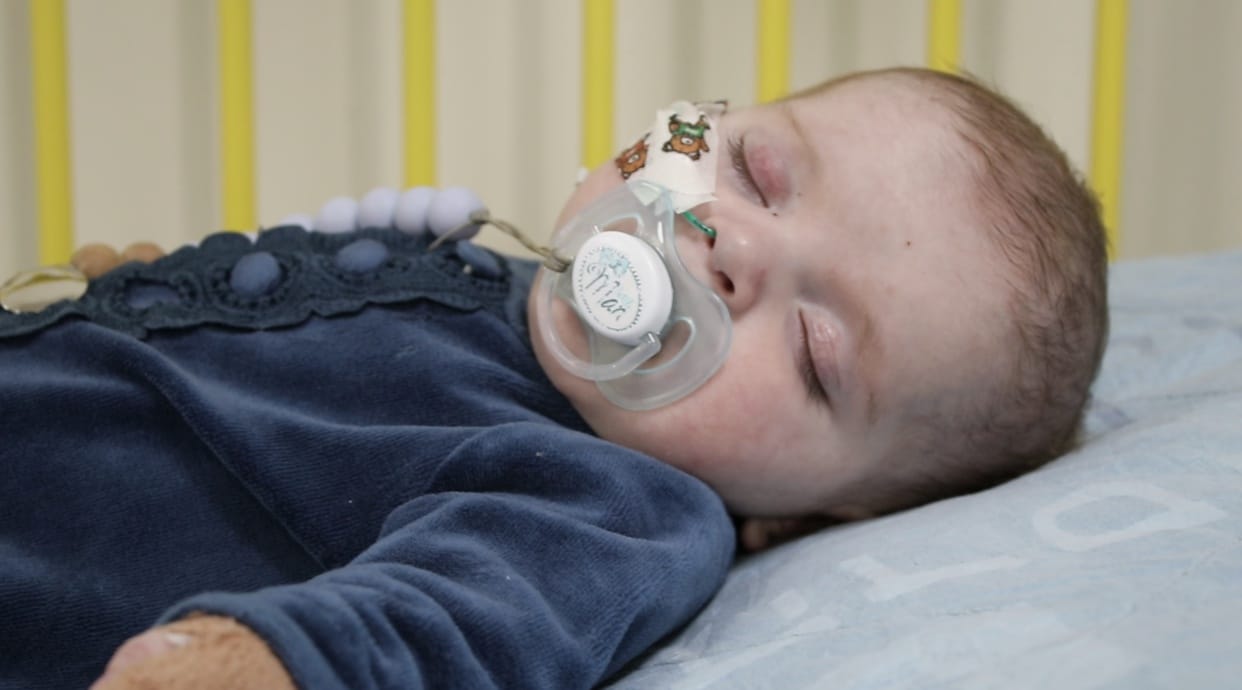 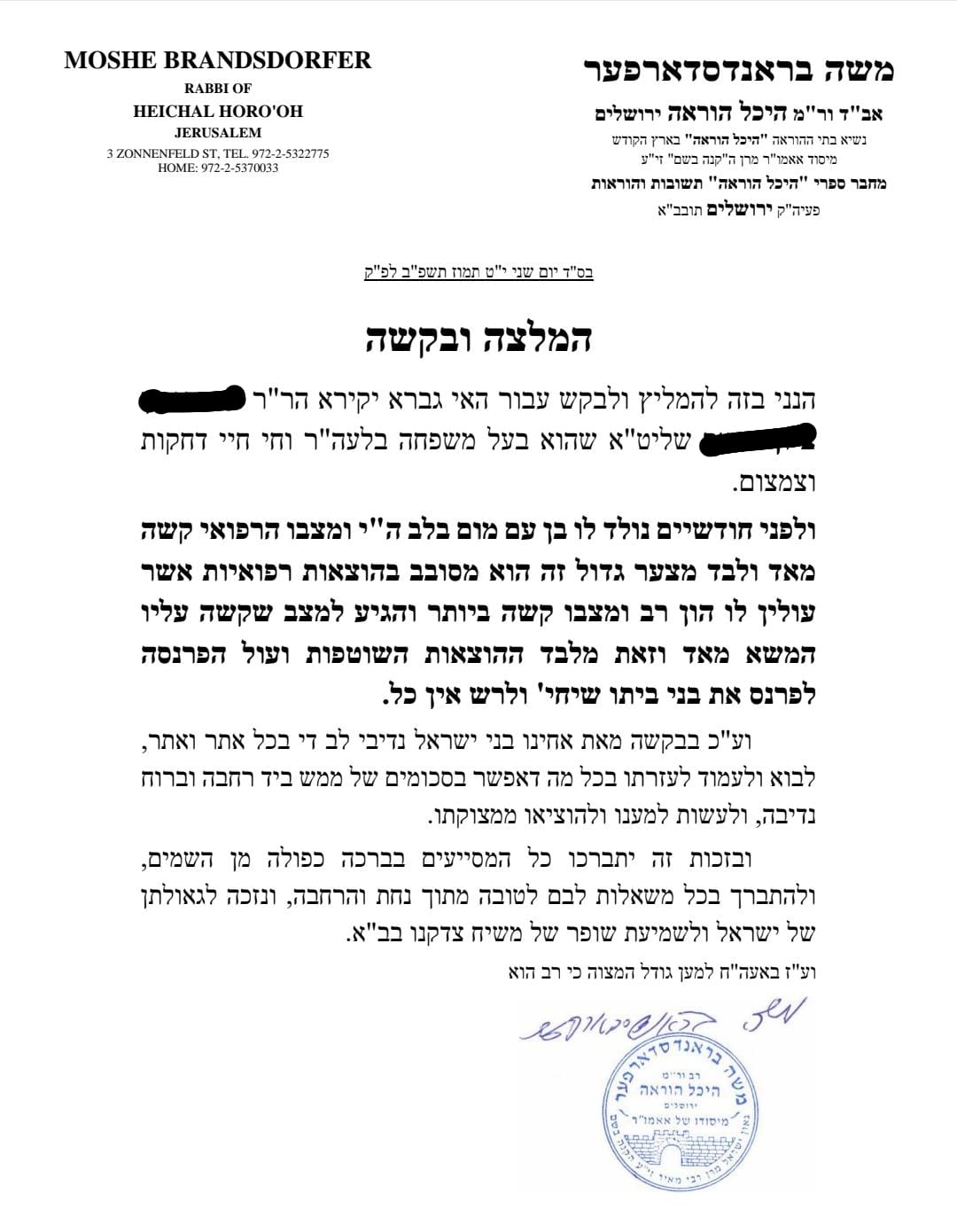 Chaim is only six months old.

Moments after birth, he was whisked away for tests, and the doctors returned shortly with the alarming report.

My infant was transferred to the NICU where he remains until today. Having a sick child is physically and emotionally debilitating for anyone, but how much more so for a mother after birth who’s struggling to juggle her home, five kids and daily trips to the hospital!

We survived three months of hospitalization, open heart surgery and nonstop fear for our baby’s life. We were constantly running between doctors, tests and medical appointments.

Family and neighbors helped us through the initial hurdle. After three months, Chaim’s condition improved and stabilized.

The medical team was just beginning to discuss the option of releasing him when everything went awry, and our dreams collapsed.

Chaim lost consciousness and went into cardiac arrest. The doctors worked indefatigably to resuscitate him, saving his life at the very last second.

Our baby survived, but barely. Since then, he’s undergone three consecutive heart surgeries in order to stabilize him. He’s so weak and so small, and his life is hanging by a thread. The doctors unanimously concur that his only chance of long-term survival is open-heart surgery in Boston.

The cost of the surgery is beyond imagination. We could work for years and decades, and still we wouldn’t be able to afford it.

I sit on the hard plastic chair near his crib in the hospital and gaze into his wide, tortured eyes.

I always knew that, as a mother, I would do everything for my child.

I would fight bureaucracy and the insurance company that refuses to cover the costs of the surgery.

I would sell our house to cover the impossible expenses and debt that we’ve racked up since Chaim’s birth.

I would recruit family, friends, neighbors and even strangers to support my battle.

We’ve invested every penny of our meager savings to fight this battle.

Our battle for Chaim’s life.

I sit here and caress his soft cheek. I stare into his sad brown eyes; I see his pain and suffering.

And I know that all I can give him now is…

My hugs. My caresses. My kisses.

The doctors warn that time is of the essence. Chaim’s condition is deteriorating fast, and we have to arrange the surgery as quickly as possible.

I know that my only hope of raising the money is to turn to you—my Jewish brothers and sisters, anyone with a Jewish heart.

My heart bleeds and tears stream down my cheeks as I write this letter.

Who can turn away a mother and her tears?

All I’m asking is for my son to live!

I’m crying to you. I’m begging you. I’m pleading with you to join our battle to save Chaim’s life.

Just as every tear adds up, so every gift and donation adds up as well. Your gift can save his life!

Please don’t turn us away. 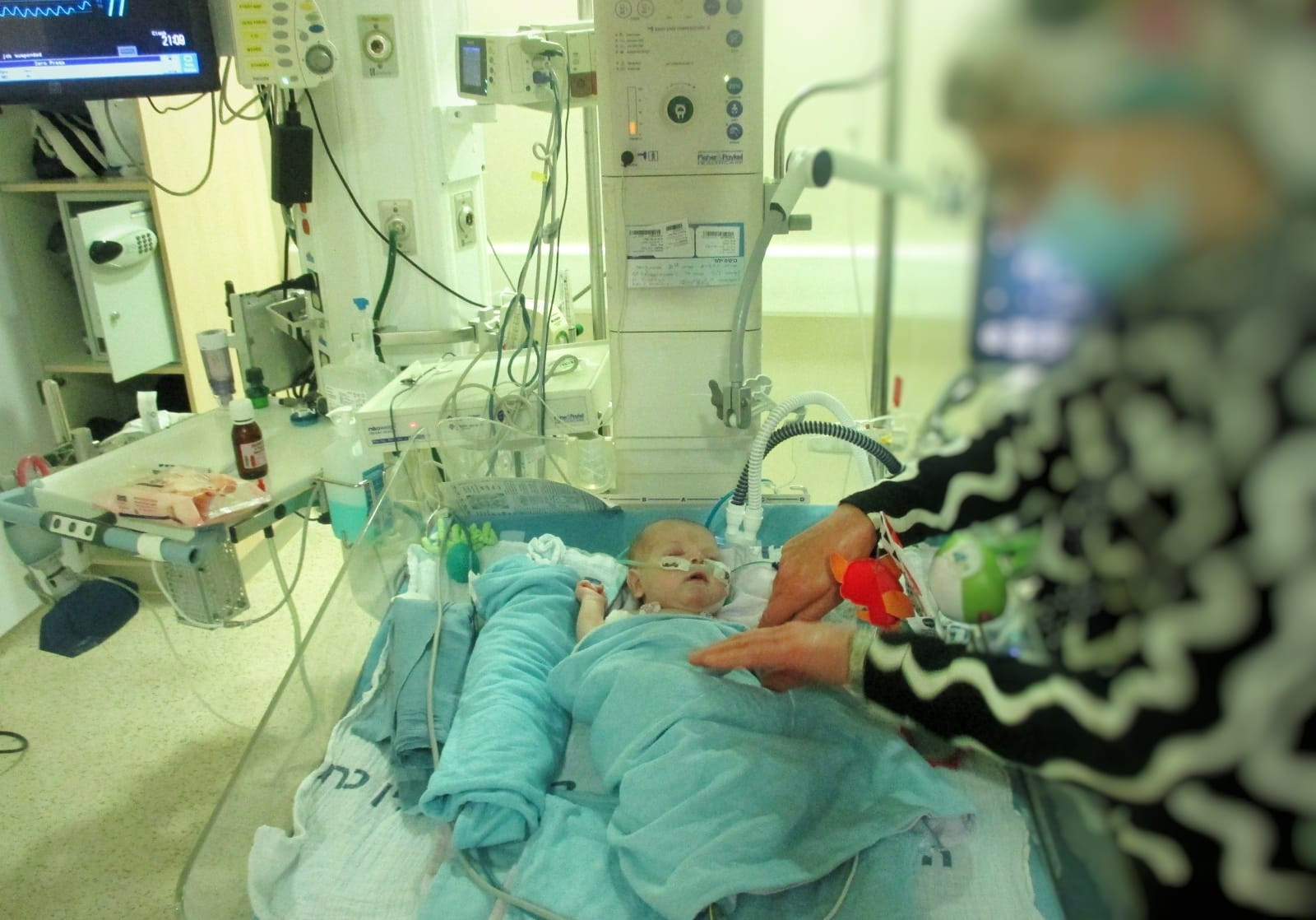 The Future of Fundraising is Now! Caller Declined to Identify, But Donated Clothing For 770 Bochurim