A person in California who recently returned from South Africa has been confirmed as the first in the U.S. to have an identified case of the omicron COVID variant, the White House announced Wednesday. Full Story 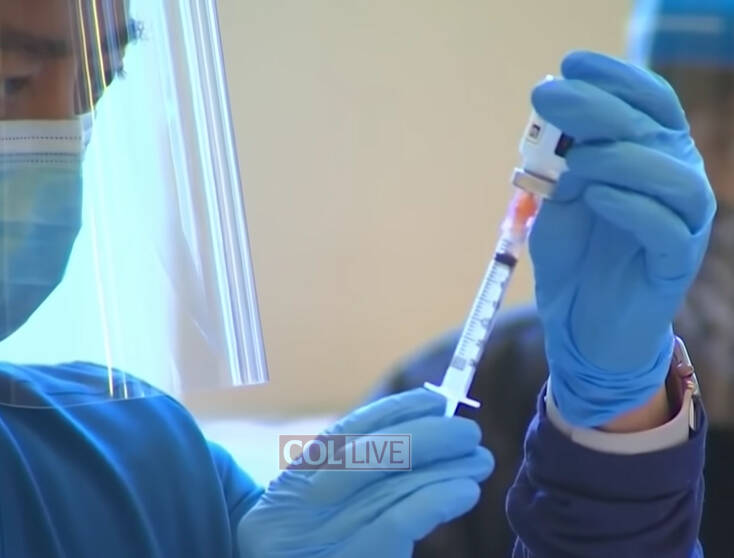 A person in California who recently returned from South Africa has been confirmed as the first in the U.S. to have an identified case of the omicron COVID variant, the White House announced Wednesday. Full Story

A person in California has been confirmed as the first in the U.S. to have an identified case of the omicron COVID variant, the White House announced Wednesday, the AP reported.

Dr. Anthony Fauci told reporters that the person had been vaccinated against COVID 19 and was a traveler who returned from South Africa on Nov. 22. The person tested positive on Nov. 29. Fauci said the person was vaccinated but had not received a booster shot and was experiencing “mild symptoms.”

The Biden administration moved late last month to restrict travel from Southern Africa where the variant was first identified and had been widespread. Clusters of cases have also been identified in about two dozen other nations.

“We knew that it was just a matter of time before the first case of omicron would be detected in the United States,” Fauci said.

Officials said they had contacted everyone who had close contact with the person and they had all tested negative.

The Centers for Disease Control and Prevention is taking steps to tighten U.S. testing rules for travelers from overseas, including requiring a test for all travelers within a day of boarding a flight to the U.S. regardless of vaccination status. It was also considering mandating post-arrival testing.

Officials said those measures would only “buy time” for the country to learn more about the new variant and to take appropriate precautions, but that given its transmissibility its arrival in the U.S. was inevitable.

Much remains unknown about the new variant, including whether it is more contagious than previous strains, whether it makes people more seriously ill, and whether it can thwart the vaccine. Fauci, the top U.S. infectious disease expert, said more would be known about the omicron strain in two to four weeks as scientists grow and test lab samples of the virus.

Biden and public health officials have grown more urgent in their pleas for more Americans to get vaccinated — and for those who have been vaccinated to get booster shots to maximize their protection against the virus. In order to fly, you need to be vaxxed.
This means that the person that brought it to the US is vaxxed.

So let’s be insane, keep doing the same stuff over and over again, (getting vaxxed), and expect different results.

No one has ever said that if a person is vaccinated they can’t spread it. The point of being vaccinated is that it greatly decreases hospitalization and death

But you do not have to be vaxxed to fly.
If you are not a citizen/legal resident, you can’t enter the country (not just fly) if you are not vaxxed except for certain exemptions. The article doesn’t say whether or not this person is a US citizen or exempt from being vaccinated.

I do agree that vaccines are not the way to go at this rate.

The person was vaccinated

Didn’t u read that the guy who got it was vaccinated?
So what is the point?
It did not prevent him from catching it.
So stop the nonsense

They won’t talk about how you cant enter the country if you are unvaccinated, will they? In other words, who is spreading this variant?…..

exactly “if freedom of speech is taken away, then dumb and silent, we may be led, like sheep to the slaughter”- George Washington

4
0
Reply
Thank Gd they were vaccinated

Had they not been vaccinated, their symptoms would be so much worse.

Get vaccinated!! Get your booster shot!!

So, by this account a doubly- vaccinated brought this OMNICON variant to the US. Yet, the govt is trying to hijack this as some reason to get vaccinated. Furthermore, by all accounts, this ‘monster variant’ actually causes mostly mild symptoms, so it may be a better variant to catch. Regardless, BigPharma and their gov’t lackey Fauci are trying to use this non-issue to create panic, to turn Americans against each other in a bid to buy $$$$$$$$$$$ more pharmaceutical products. One day, the full story will be revealed. And like the coverup at Chernobyl, and the fake ‘Weapons of Mass… Read more »

Guess what!?!!
Omicron also exists outside of the United States

The majority of people getting sick are from the vaccinated ones.

Nobody cares anymore. Moving on with our lives……

Way to show your love for humankind, thanks for representing the best of Judaism.

The original 3 cases of this variant in Botswana were identified in those who had two doses of the vaccine. In Israel, one who was triple vaxxed spread it to another person who was triple vaxxed. It got into *Australia * via a fully vaccinated individual. Seems like the vaccines are doing the opposite of what they were intended to do. So yeah, keep pointing fingers to people who either have natural immunity, are medically exempt, or have another reason that is non of your business to know, for not getting the vaccine and “SpReaDinG nEw vAriNanTs”. Because it’s obviously… Read more »

The anti vaccine comments here are horrifying and embarrassing.

If any one sane is reading this, I promise not all chabad people are right wing conspiracy theorists!! There are liberal, educated, kind, pro vaccine people in this community, we’re just a minority in a sea of religious extremists, but we do exist.

how can God fearing people play with their health like this taking unneeded experimental medicine?