This week, three were sentenced for their roles in an elaborate kidnapping conspiracy that started in 2018 by members Lev Tahor - a Jewish cult that, until recently, was camped out in Guatemala. Full Story 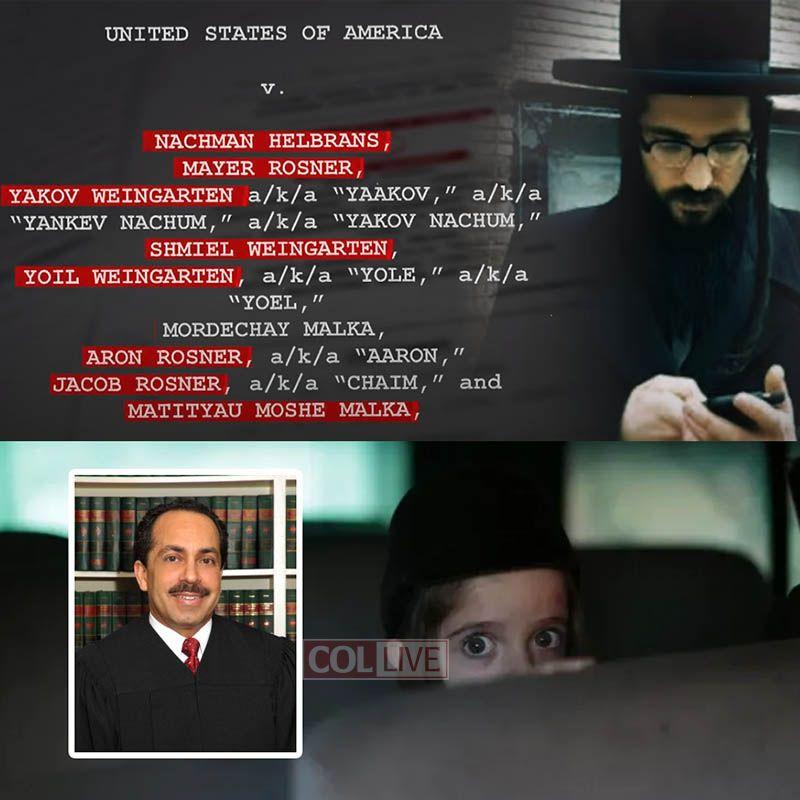 This week, three were sentenced for their roles in an elaborate kidnapping conspiracy that started in 2018 by members Lev Tahor - a Jewish cult that, until recently, was camped out in Guatemala. Full Story

“This was a horrific, horrendous, crime that was committed,” stated Judge Nelson Roman, during the Friday sentencing of Mordechay Malka.

This was the third sentence handed down this week by Judge Roman related to an elaborate kidnapping conspiracy that started in 2018 by members Lev Tahor – a Jewish cult that, until recently, was camped out in Guatemala.

During Friday sentencing, Mordechay Malka read a prepared speech in which he apologized profusely for his role in the crime. But the judge dismissed his remarks – pointing out his “lack of remorse” during the extent of the trial – handing him a 57-month prison sentence followed by a three-year supervised release.

On Wednesday, September 7th, 2022, Judge Roman sentenced Matityau Moshe Malka and Jacob Rosner for their respective roles in the kidnapping.

Jacob Rosner had also been previously found guilty for his involvement in the brazen 2018 kidnapping of a 12-year-old boy and his 14-year-old sister, who were taken from New York to Mexico where the girl reunited with her 20-year-old husband.

During the sentencing Mr. Rosner spoke passionately to the judge about his remorse and his awakening to the cult’s toxic reality. The judge replied with a heartfelt speech about faith and the need for self reflection. Proceeding this, he let Mr. Rosner free on account of his time already served.

Matityau Moshe Malka had been found guilty for his role in a subsequent attempted kidnapping of the same children at a later date.

In contrast to his co-conspirator, the judge gave Mr. Malka, a 66-months sentence after he gave a discombobulated speech before the court. The speech included a plea that his sentence should be the same length as his “Rebbe” – Nachman Helbrans.

During the trial, testimony brought to light some of the inner-workings of the cult and significant details of the kidnapping conspiracy.

On July 7, 2017 Lev Tahor cult founder and leader Shlomo Helbrans died under suspicious circumstances in a remote Mexican river. His son, Nachman, took control of the cult and added stifling new restrictions as he secured his new power. His erratic behavior caused the death of his sister two weeks after their fathers death.

Nachman’s younger sister, Sara Helbrans-Teller, mother of the kidnapped children, testified during the trial that several weeks after her father and sister’s death, Nachman informed her that her 12-year-old daughter was to be engaged with a 19-year-old man. When Sara protested, Nachman publicly excommunicated her for a year, removed her 6 children from her home, and proceeded with the marriage of her daughter.

Fearing for her life and the life of her children, Sara managed to escape from the cult compound near Oratorio, Guatemala along with several of her children in October, 2018. After her escape, she made her way to the home of friends in New York where she obtained orders of custody and protection.

On December 6, 2018 Mordechay Malka (Matityau’s cousin – who will be sentenced by the same judge on Friday, Sept. 9, at 3:00pm) rented a vehicle. Working with numerous co-conspirators that included his cousin Matityau Malka and cult leader Nachman Helbrans (currently serving 12 years for his role in the abduction), they rented a motel room and purchased disguises. The Malkas smuggled drop phones to the 14-year-old girl and her 12-year-old brother (at a later attempted kidnapping, Matityau Malka gave the girl a drop phone and sedatives.)

Two days later, at around 3:00 in the morning, the children snuck out the house and into a waiting vehicle that drove them to Scranton airport, where Nachman Helbrans was waiting. Using passports belonging to Nachman’s children, they spent the day flying through several airports, eventually entering Mexico.

Incredibly, they not only broke numerous federal laws – but as it was a Saturday, the Jewish day of rest, their behavior went against basic Jewish Halacha (law), a code the cult claims to adhere to more strictly than any other Jewish sect.

It took three weeks and over a hundred officers from law enforcement agencies in three countries to eventually track down the children in Mexico and reunite them with their mother. In 2019 and 2021, Lev Tahor cult made two more attempts to kidnap the children.

During the trial, the court heard from numerous witnesses including the husband of the 14-year-old girl, officials from several agencies, and a former member of the cult who had participated in the plotting and carrying out of the abduction, and who detailed the atmosphere of fear and punishments inside the cult. Evidence produced included recorded phone conversations, photographs, video footage, and documents.

The upcoming trial of note is for Mordechay Malka’s brother-in-laws, the Weingarten brothers, who are senior Lev Tahor leaders. The brothers were nabbed, during two separate raids, while hiding in Guatemala. Two of the three brothers were recently extradited to the United States to face trial. The raids to catch the Weingartens triggered the entire Lev Tahor community – living in one secluded Guatemala tent city – to abandon their tents and scatter around the globe. They also changed their traditional Chasidic garb for a more unique look – to prevent assimilation into other Chasidic sects while on the run.

“I feel bad though,” admitted Lev Tahor survivor Mendy Levy, who escaped the cult a few years ago. “Because Mordechai Malka was not really a bad guy. He was just forced to do what he did by the Weingartens, Nachman Helbrans, and Mayer Rosner.” I cant even keep track of the story…….
Whats the point of this cult??

2
0
Reply
They like the strict reading of the Torah?

Are the people in the cult Jewish?

They were probably born to Jewish mothers, but this puts them so far beyond *any* definition of normative Judaism that I (to the extent I was asked) wouldn’t allow any relative of mine to marry any one of them.